Rachel placed her bag, laptop case, and jacket on the overhead luggage rack, sat down, and powered up her laptop. She smiled at the smartly dressed young man opposite and pulled out her phone. A whistle blew outside, and the train eased south out of Newcastle Central. It was 16:58pm

Rachel looked at the screen on her phone, glanced at the handsome man, and her right eyebrow arched briefly. She slipped her phone away, and undid the two top buttons of her blouse.

Mark’s attention was caught by the girl’s white blouse, or rather, its contents, because the opening at the top provided a glimpse of cleavage, and a hint of white lace. Mark raised his left arm pretending to check the time so he could look straight ahead.

The girl was watching him, and smiling.

Having arrived first at the table seat, twenty-year-old Mark had already opened his laptop. It had been two minutes before the attractive brunette came down the aisle. There were few passengers in the carriage, so he’d been delighted to see her choose to sit opposite him. His pleasure increased when she’d reached up to the luggage rack, and the hem of her miniskirt lifted, offering a glimpse of stocking top.

As he appraised his unexpected travelling companion, he figured she was older than he was—perhaps in her mid-twenties. A hint of her perfume wafted across the table when she sat down and got comfortable.

It was bright in the train carriage but dark outside, so when Mark absently looked at the window he caught the reflection of the girl observing him. Their eyes met, and they both smiled. They turned from the window to face each other over the open laptops, and Mark assessed her properly.

She was stunning. Brown eyes with long dark lashes gazed back at him. As dimples appeared on Mark’s cheeks, it made his day when the girl’s lips curled, displaying beautiful white teeth in her dazzling smile. Mark tore his eyes away with some effort and looked down at his screen.

Less than ten minutes later as he was reading a document on screen, Mark became aware of a small piece of white paper being held up between the laptops, and the window. He could see it bore an e-mail address. As he read it, he noted the immaculately manicured, red finger nails. He made a mental note of the e-mail address, and looked straight at Rachel. She raised both eyebrows briefly before the tip of her tongue slipped out to slide along her lips.

Mark opened his mouth to speak, but Rachel raised a slender forefinger to her lips before crushing the piece of paper slowly in her hand. As he hit the keys to get to his mailbox, Mark moved his legs apart to get comfortable.

‘You are gorgeous. My name is Mark.’

He hit the Send button. As he waited, he felt an initial pang of guilt, but it passed when he looked up.

Rachel was looking at her Inbox, and preparing a reply to his opening line. The message appeared on her screen only seconds after Mark’s keys stopped clicking. Rachel glanced down, and smiled, typed quickly, and gazed directly at Mark.

He read the reply:

‘The first rule is—no talking. Do you have a girlfriend Mark? My name is Kathryn.’

‘No Kathryn—I’m a free agent.’

His sense of guilt returned, but fleetingly. What harm was there in a bit of flirting?

Mark’s eyes widened, and his lips parted. He realised he’d reacted too quickly. He looked up at the impassive face, and tried to gather his thoughts, but his concentration was affected by the discomfort within his underwear.

Male instinct took over, and as he adjusted himself, the idea of flirting with this girl superseded all else. Nobody would know. He gazed at Rachel, and thought, what I’d give for five minutes alone with you.

As his mind wandered, he felt something touch his inner thigh. He looked down and saw a foot encased in black nylon. Just visible on the toenails was red varnish. When Mark looked up, he realised Rachel’s eyes had been focusing on something behind him; an illuminated sign above the inter-carriage door.

A smile played on her lips as she turned to face him. Rachel looked down, and tapped the keys. She looked at Mark.

He checked his screen and gulped. The message read:

Mark was trying to work out how to respond when he realised she was typing again. He waited impatiently, breathing fast and staring at the Inbox. The next message read:

He looked up, and blinked.

She inclined her head, and raised an eyebrow.

Mark became aware of something slipping up the inside of his leg. He glanced down to see a black nylon clad foot once again rubbing his inner thigh. He swallowed hard, turned to look across at the sleeping ladies opposite, and slowly bent down to look under the table.

The legs, like every other part of the young woman, were exceptional, and Mark’s eyes lingered on the mesh of Rachel’s stockings. His gaze travelled up under the black miniskirt.

As if sensing his eyes, when Mark’s gaze reached the stocking tops, Rachel’s legs opened slightly, and closed together again.

Mark got a glimpse of the unguarded area in shadow. He tried to adjust the bulge in his boxers, and get back up at the same time, which resulted in him banging his head under the table.

Rachel stifled a laugh. While Mark’s head was under the table, she’d used the opportunity to look once again at the toilet availability sign.

She was smiling as she typed the next message. She ran the tip of her tongue over her lips, but slowly; ensuring he was watching. Her tongue slipped back inside her mouth, and she bit her lower lip, showing the contrast between the perfect white teeth, and her ruby lips.

Rachel hit the Send button before looking up. Her message read:

‘Would you like to remove one of your shoes, and slip a foot under my skirt?’

Mark had mistyped twice, before he managed a simple:

He realised the beauty opposite was already typing again. He glared at his Inbox, his breathing audible.

‘I want that foot under my skirt—now!’

In seconds, Mark’s empty shoes were pushed to one side by his right foot, before it stretched out towards the edge of the seat opposite. To reach his target, Mark had to slide down on the seat. When he was almost there, he felt a hand take his ankle, and pull him forward, placing his foot gently against the warmth between Rachel’s thighs.

Mark explored carefully with his toes. He was glad he’d decided on thin socks for travelling, and until this moment; he never realised how sensitive his feet were. While he moved his toes, applying slight pressure, his gaze lingered on his companion’s chest. One of the slender hands reached up, and undid the next button of the straining blouse. Mark sensed the saliva go down his throat.

The man’s underwear was becoming increasingly uncomfortable, as was his position. He was considering his predicament when he heard the tapping of keys. Mark checked for his next message. It read:

‘Undo your belt and zipper.’

He responded immediately, and without question. A foot reached up between his legs. Without his assistance, the toes caressed his bulging underwear. His eyes closed briefly, and moaned.

While Mark was receiving attention, he tried hard to concentrate on the motions of his own toes. The train guard started an announcement over the intercom, and Rachel’s thighs closed tight on Mark’s foot. He felt her body heat, and it blotted out thoughts of anything else.

Rachel gazed into his eyes for a few seconds, and bit her lip again. She typed rapidly.

Mark was oblivious to the train guard’s announcement, because his foot had been held tight between those sumptuous thighs, and slowly released. He heard the keys being tapped again. He smiled, and concentrated with his foot. The nylon-clad foot moved up, and down, and Mark’s breathing became noticeably heavier.

‘I’ll be back, so don’t move. When I sit down, we must maintain eye contact—all the way ….’

Rachel’s foot moved down, she slipped her shoes on, buttoned her blouse, and left the seat. She made her way out of the carriage, but was back within two minutes. As she sat down, she glanced at the sleeping ladies across the aisle, and undid the top of her blouse again. She slipped off her right shoe, and raised her foot to massage Mark’s bulging underwear.

As he looked once again at the beautiful face to his front, Mark lifted his foot, and felt Rachel’s hand hold it firm against the warmth under her skirt. The nylon-clad toes massaging him applied pressure. For a few seconds, he tried to work out what to do, but he was being ruled by lust. He looked into Rachel’s eyes, and was at her mercy.

A hint of a smile played on her lips as her tongue made another appearance.

Mark felt a hand move his foot in a slow circular motion.

Rachel gasped. She was breathing heavier, and it increased Mark’s excitement. The woman sensed Mark’s discomfort, moaned a little, and continued moving her foot against him. Rachel glanced at the availability sign and typed a message.

‘If you dare, we’ll visit the toilet, and I’ll finish this in a special way ….’

He looked up from the message to see Rachel pout and wink while her toes caressed him.

Another message came from Rachel’s machine:

‘You must be naked when you go.’

Mark had to concentrate as he typed.

She responded, smiling as she typed.

‘That’s the deal. It’s only a few steps away. When I get to the toilet, I’ll kneel before you. You have four minutes.’

Mark read the message twice, glanced at his watch, and his fingers flew across the keys.

He checked his watch again.

‘I will knock twice—I’ll wait two seconds, and knock once. Now three minutes.’

Mark looked around, and unbuttoned his shirt, but kept it on. He reached down, and removed his socks, before half-sitting to remove his trousers. Finally, he leant over the empty seat beside him to look up and down the aisle. He removed his shirt as he stood. The few nearby passengers were dozing, too engrossed in texting, or reading books.

In less than five seconds, a naked Mark reached the toilet cubicle, only to find a small red sign which read, ‘Out of Order’. His eyes widened, and his jaw dropped as he stared at the sign.

Disembarking passengers started to come from both directions, and the train slowed on arrival into the next station. Three shocked, staring women stood between him, and the carriage which contained his clothes.

The scheduled stop was delayed by five minutes as Mark was escorted from the train by a railway official, and a police officer.

While protesting his innocence, Mark looked around frantically for the girl he knew as Kathryn. His belongings were collected by a police officer, and he was led away.

The female train conductor glanced up and down the carriage, but couldn’t see the brunette who’d approached her earlier.

Along the carriage, a young blonde in a dark jacket, watched the commotion as she discreetly packed away a brunette wig, re-opened her laptop, and composed an email:

A tale from Smoke & Mirrors: and other stories 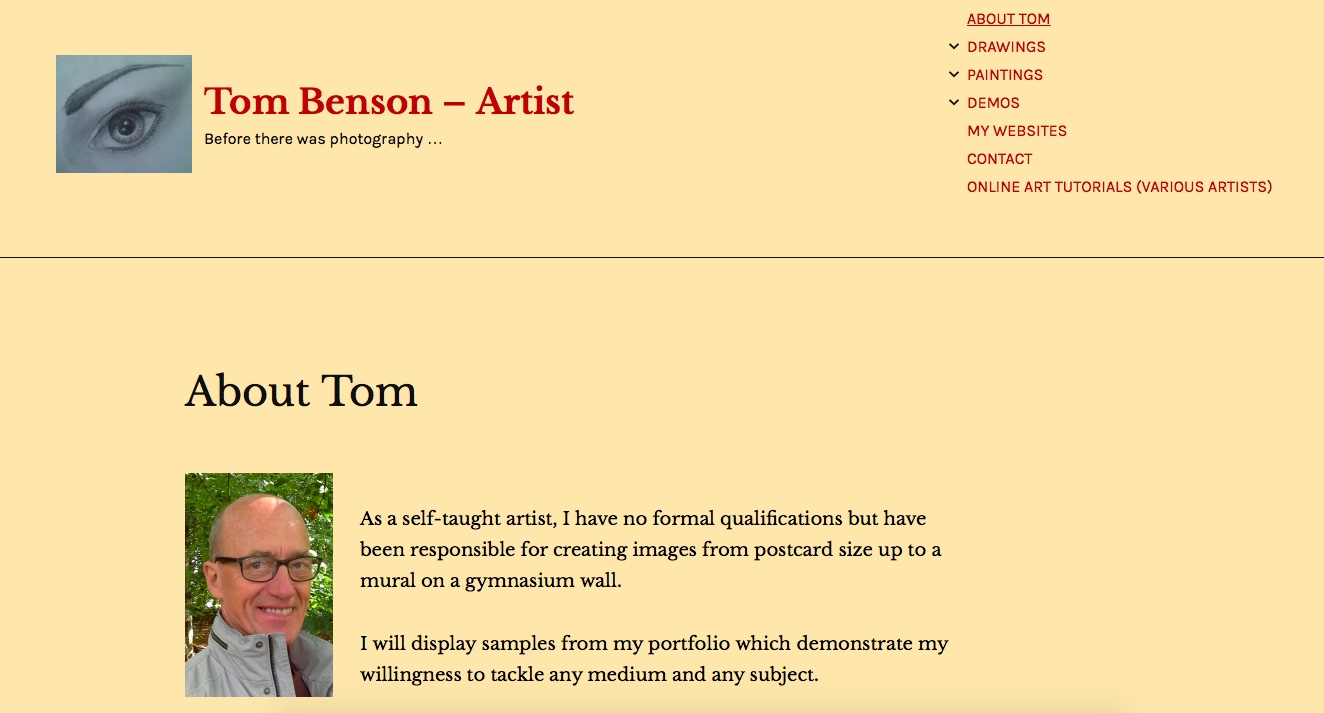 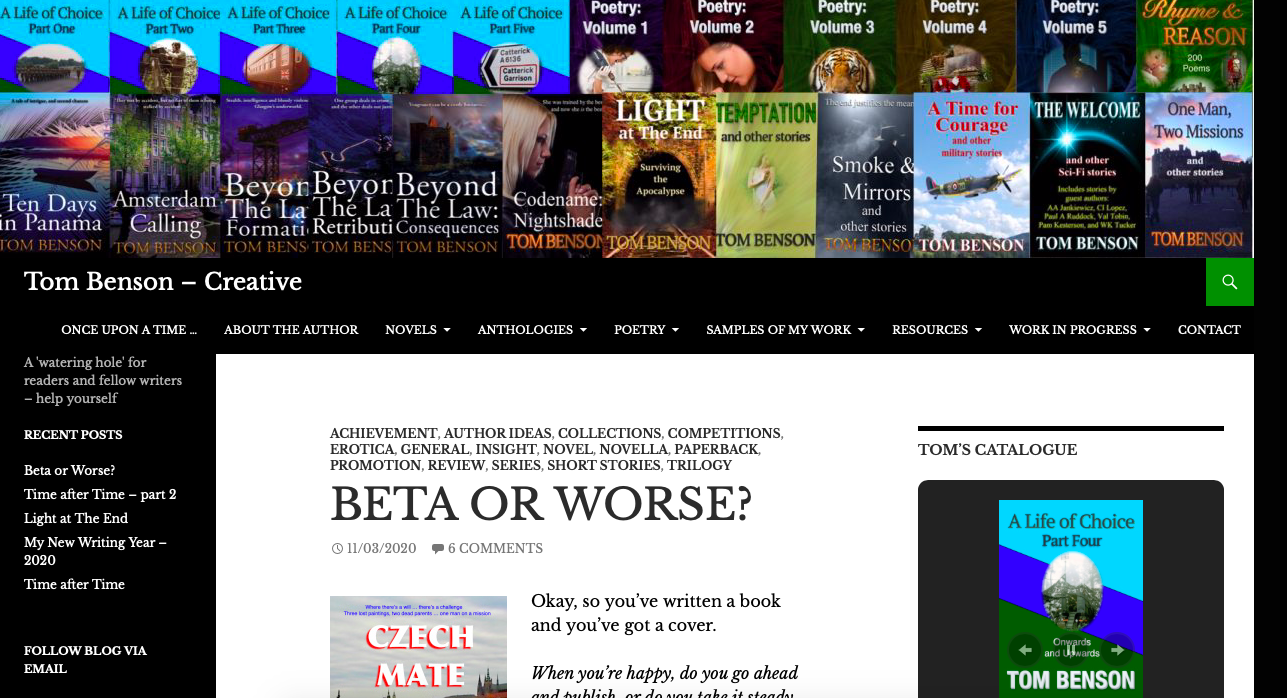 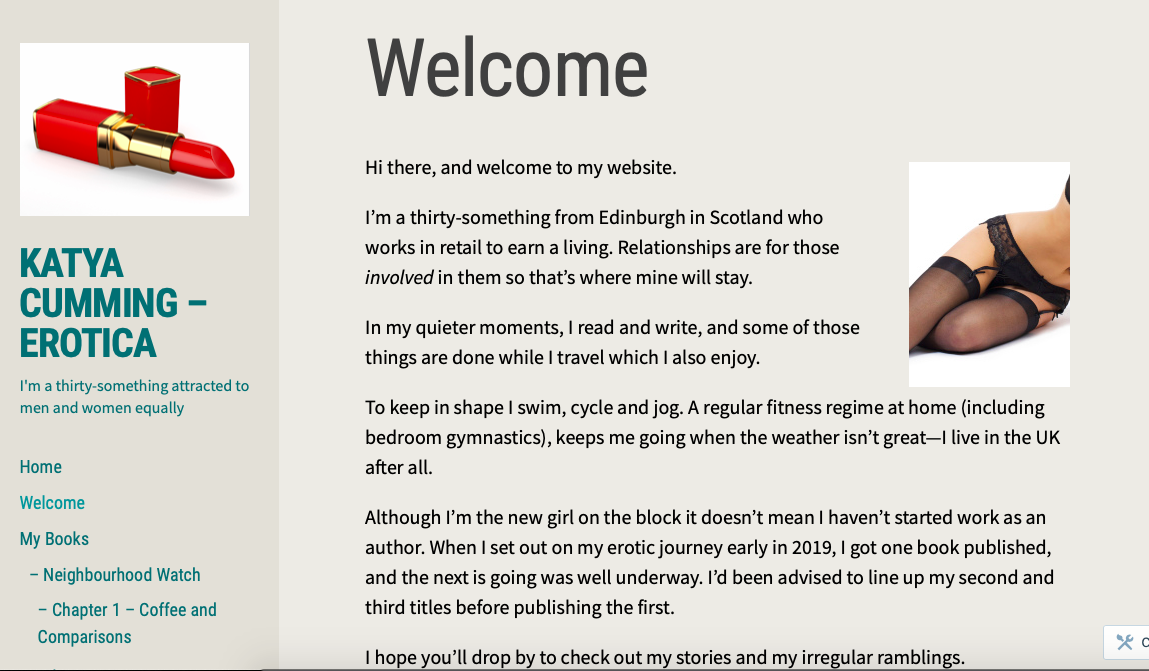